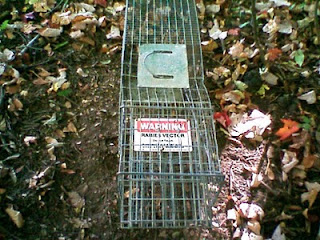 While hiking in Gasport's autumn splendor you may come across a live trap in the woods or fields that reads "warning: rabies vector."

The USDA is trapping racoons to test them for rabies. The scientist tests the racoon right there and releases the creature after taking its blood.

There are plenty of these traps around Gasport. There are 50 of them just in the block that is bordered by Slayton Settlement Road, the Erie Canal and Harrington and Orangeport Roads.

Whatever you do, do NOT touch any racoons caught in the trap. They aren't cute and cuddly like they are in Hollywood: They're nasty and they can carry rabies, which will kill if left unchecked.