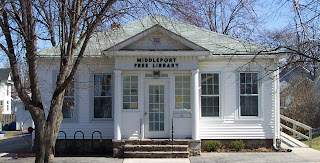 Based on the calls to WLVL today and the rumblings I've seen on Facebook, a lot of people have been shocked to discover that their Roy-Hart school tax bills now feature an average addition of $25 to fund the Middleport Free Library.

This add-on - based on a $103,000 budget request from the library - was accomplished by a special election on June 7, 2011...an election so special even I had no idea this was coming down the pipeline!

Please note, this was independent of the regular school budget vote. They were held weeks apart.

The participating voters voted 164-12 in favor of funding the library. This changes the service area (as designated by the charter provided by the NY Department of Education) for the library from the Village of Middleport to the Royalton-Hartland Central School District, making it accessible to all district residents.