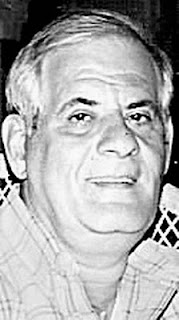 Mr. Piscopo was born in Brooklyn on January 11, 1941 and moved to the Town of Tonawanda in 1965 after graduating from Brockport State College with a degree in physical education. He later received a master’s degree in counseling education from Niagara University.

Sports was a constant in his life. He played soccer under the guidance of his father, who was founding president of the Italian American Soccer League of New York City. He played football for St. Francis Prep in Brooklyn and semi-pro with the Bay Ridge Celtics.

Mr. Piscopo coached several sports during 14 years at Bishop Neumann High School in Amherst, starting in 1965. Among the laurels he received was being named Outstanding Coach of the Year by the WNY Basketball Coaches Association in 1976, after guiding the team to an undefeated season, and won two Manhattan Cup championships.

Mr. Piscopo later taught and was varsity basketball coach at Jamestown High School for a few years before teaching and becoming athletic director for the Royalton-Hartland School District over the course of 17 years.

He also published a series of 20 coaching booklets, used in the United States and Canada.

Survivors include his wife, the former Diane Rupp; two daughters, Christine M., and Trisha A. Schumer; and two sons, Erick J. and George A.

A Mass of Christian Burial will be offered at 9:30 a. m. Saturday in St. Christopher Catholic Church, 2660 Niagara Falls Blvd., Town of Tonawanda.