AN INTERVIEW WITH UP AND COMING MUSICIAN BRIAN WHEAT 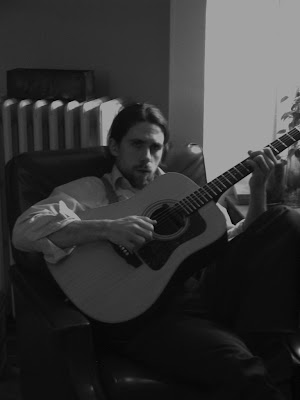 Gasport has produced some folks of wide renown…Belva Lockwood, the first woman to run for president and Warren Hull, a leading action star of the 1940’s. It’s been a while since we’ve had an honest-to-goodness celebrity hail from Gasport.

That may soon change.

Brian Wheat, a 27 year old Gasport native, and his Buffalo-based band Groggy Darlin’ have been raising quite a few eyebrows in the music circles of WNY (and beyond). You know a musician is good when other musicians tell people that his concerts are a “must-see”.

A skilled musician, singer, and songwriter, Brian has a master’s control of his brand of music, a sort of modernized folk, old-school country and alternative country. Of all the local bands, Brian Wheat and Groggy Darlin’ far and away seem to be the group with the greatest chance of hitting it big….their music is that unique and polished…as well as widely-appreciated with fan bases in Chicago and NYC.

In 2007 Brian’s CD “Where Have You Been” was released to much acclaim. Buffalo News music critic Jeff Miers had nothing but kind words to say: 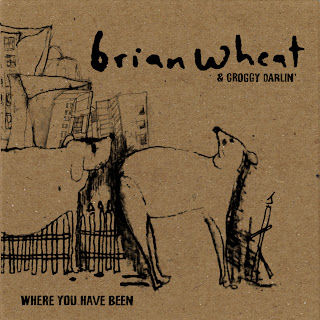 "Sparse in instrumentation, earthy in production, the record boasts much of the breathy intimacy displayed by the new vanguard in acoustic alternative music--Iron & Wine comes immediately to mind as a reference point. But in its detailed, subtly ornate arrangements, it avoids the sleepy, aloof, occasionally flat-out boring tendencies of some of the "nu-acoustic" artists. Part of the reason for this is the onion-like layering of the entire presentation--the songs themselves, the savvy production ethic, the striking, stark artwork and album packaging. Most markedly, that multilayering of meaning can be found in Wheat's lyric-writing, which is provocative and poetic without being too precious about it. Balancing such detailed, well-honed lyrics against musical arrangements that both support and elevate their sentiments is one of the great battles of record-making. Many a good record has one or the other. Only the great ones manage both."

How did such a gifted musician come from Gasport? Well, Life and Times in Gasport, New York shot a half dozen questions his way so everyone can get a feel for what makes him tick.

1) You and your band Groggy Darlin' play an interesting and varied style. How would you best describe your music?

I think we are working hard to make quality music that people can genuinely connect with, lyrically and musically. As far as the sounds of it; I do think it has a very Northeastern US sound to it. I feel that the climate of the region is very much reflected in the music. There is a feel to the record that parallels the changing seasons; a little grey and somber, a little country road and golden hayfield, windows down type of feeling, etc. (people have said it sounds like a "grey upstate Sunday afternoon").

Also, on the album we are using traditionally bluegrass, acoustic, country instrumentation (i.e. Acoustic guitar, banjo, mandolin) but creating a sound that is influenced by modern music and many of the bands I've been interested in over time, from NOFX to Neil Diamond. I think this is a reason that fans of Bob Dylan, Neil Young, as well as newer bands like Iron and Wine and M. Ward can both enjoy the tunes equally.

2) Finding people skilled in and committed to such styles was no doubt a difficult task. How did you and your band get together?

Well, I originally was performing as a solo act. Later, I met Mark Longolucco (drums) and Peter Williams (Bass) at an arts collective that we would all visit for open mics. Later we brought on Peter Gerace (Electric Guitar) because he is an amazing player and we were looking for added texture and ability to recreate the album's in the live setting. Peter G was a co-worker of Peter Williams' (at Twin Village Music, Lancaster) for some time. That's how we got'em.

3) How do you see the future for you and your music?

The whole experience has been a series of small goals. First I wanted to write some songs and perform them. Next I wanted to produce an album, and so on. At this point I am consistently meeting goals I have set for myself and developing new ones as we go. The next major goal for me would be touring. I find traveling to be the source of much of my inspiration and to be able to both travel and play music would be very fulfilling for me. Another goal of mine would be to see some more of the music make its way to film. I really enjoy film and think that the marriage of music and film is a powerful one. We have done a couple of different things with film and I'd love to continue to see this facet of my work develop.

Also, a goal of the band's is to play Conan O'Brien and Letterman. ;-)


4) You have awesome artistic abilities. How did you develop your natural talents into such impressive musical skills?

I honestly must attribute much of my musical ability and success as a performer to my music teachers and drama instructor at Gasport Elementary and Roy-Hart. Mrs. Pease and Mrs. Blumrick taught me very much about playing and performing music at an age where I think learning these things well is crucial to their prevalence and development through later times in life. Of course, a great deal of practice and dedication to constantly improving my abilities and knowing that one can always improve in some way, have also helped me to be at the level I am today.

5) You've been around the world and found personal and musical growth through exploration. Tell us about your adventures...

At a very young age I was encouraged to recognize and be part of the vast unknown that existed just outside the boundaries of our town. I have spent much time in many places doing just that. The first trip I took, and the most important one in my mind, was a trip across the continental US with the now defunct Troop 86 Boy Scout troop. This was my first taste of serious travel. Since then I have never viewed anything in the same light and have been afflicted by the need to experience new people/places whenever I can.

Through my studies I visited Tasmania, Australia for a semester of school, and visited a few surrounding countries on my return trip. I also visited friends in Spain and Brussells for a few months when I finished my Masters degree.

In my mind this is certainly a testament to the impressionability of young minds and the need to foster the inquisitive nature of the child in positive and meaningful ways. This is why I have also pursued a career in teaching. I'm currently teaching middle school science and forensic science at Buffalo Academy of Science Charter School, in Buffalo.

6) As much as the diversity of the world contributes to your music I'm sure your Gasport roots have done so as well. How did growing up in small town America impact who you are as a person and musician?

Aside from the specific examples I have already mentioned, I think that the sense of community and closeness of our town has been the most positive influence on me. I saw it in the lives my grandparents led, the lives my parents and their friends lead and see it now in the paths that I am choosing. It boils down to a quality of life thing, I think. I have come to realize that being part of a community and working together and for yourself and each other gives great quality to life. I am not sure if my thoughts would be the same if I did not grow up in a place like Gasport.


If you can, get out to one of Brian’s concerts. Here’s the current list:


If you want to learn more about him and hear some of his music, visit these websites: