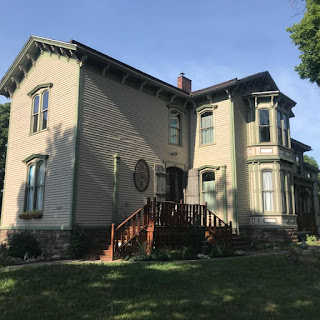 The Travel Channel visited Gasport's Graestone Manor in June to film an episode of ‘The Most Terrifying Places in America." The episode will air tonight, Tuesday October 8th at 10pm.


The Travel Channel hired actors to re-enact a couple of the resident spirits at Graestone -- original owner Curtis Root and second owner Mina Roszman. The current owners -- Robert Mattison and Heather Rease Mattison -- were interviewed and an eye witnesses who had had strange experiences at the house was also brought in to share their story.