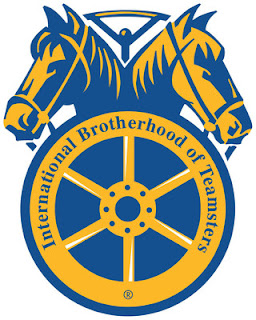 STA drivers and monitors who provide student transportation for the Royalton-Hartland School District have voted to join Teamsters Local 449. Over 95 percent of workers at the yard participated in the election.

"We are thrilled that Roy-Hart drivers and monitors have decided to join the growing movement of workers at STA seeking to drive up pay and benefits by organizing their union with the Teamsters," said George Harrigan, Local 449 Secretary-Treasurer. "We now represent hundreds of workers at STA yards throughout the area. The strength we gain from building density in this industry gives us the power we need to negotiate contracts that reflect how valuable these men and women are to the safety of our children."

K. Charles Branch and Lanesia Scalise are drivers at the STA Roy-Hart yard.

"I voted yes because I know that a union can give us a chance to negotiate for higher wages, more days off and better working conditions – most importantly, in writing," Branch said.

"I support the Teamsters because I'm tired of favoritism; we also should be paid more for the responsibility that we have," Scalise said.

Teamsters Local 449 represents workers in a wide variety of industries throughout the Buffalo-Niagara Falls metropolitan area.