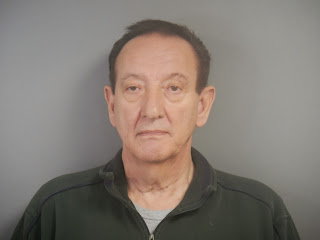 Investigation revealed that alleged crimes have been perpetrated in New York, as well as the states of Michigan and Pennsylvania between 1974 and 2003.

The incidents that occurred in Michigan and Pennsylvania have been referred to their respective State Police agencies.

Mr. Harriger was processed at SP Albion, and was arraigned in the Town of Yates before Judge Donald Grabowski.  He was remanded to the Orleans County Jail in lieu of $250,000 bail, to return to Court on December 3, 2013.

The State Police request that anyone with any information, or if they believe they may have been the victim of sexual abuse in this case, to contact the State Police in Albion at (585)589-4244.

The report from WGRZ TV...