CHUCK HENSEL HAS PASSED AWAY 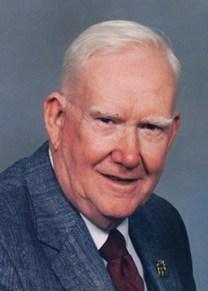 My fellow scouts of Boy Scout Troop 18 will remember Chuck Hensel. He founded the troop in 1947 and throughout the years made regular appearances at troop meetings, sharing his Scouting skills and great memories about the camping trips they had back in the day. He was one of the nicest guys around.

Here is his obituary....

Born July 21, 1923 in Lockport, Charles is the son of the late Charles and Lara M. (Berner) Hensel. Charles was a Lockport High School graduate and served in the US Army from 1943 until 1945 where he achieved the rank of Staff Sergeant.

Family and friends are invited to attend visitation at the Sherrie-Bream Funeral Home 4521 Main Street, Gasport on Monday, August 26, 2013 from 4 – 7 pm. Funeral Services will be held at Covenant United Church of Christ, 4449 Gasport Road, Gasport, NY on Tuesday, August 27, 2013 at 10:00 am with the Reverend Dr. Dorothea Brooks officiating. Interment will be in White Chapel Memorial Park Cemetery in Amherst following the service.

In lieu of flowers, memorials appreciated to Covenant United Church of Christ.